Saving Mim: a fun adventure into a magical land

Saving Mim by Nan McAdam is an adventure story about a young man who is awkward and often bully. Charlie Kadabra is 12 years old and he was left on the doorstep of a church as a baby. He was placed in foster care and has become low on the social ladder at his school until one day. 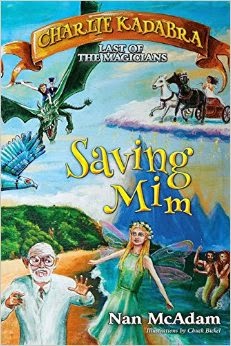 Charlie has a run in with his science teacher when he experiences strange sonic waves coming from his fingertips. He is soon whisked off to a magical land called Mim. He learns that he is the last of the Magicians when his parents sent him away and they disappeared. He learns from Alfreda, an old seer, that he is Mim’s last hope to defeat the evil Dr. Pi from destroying the magic left in Mim. He is joined by Fen, a Haroon, his guardian as well as his dragon, Galza. Together, they must retrieve the five magical stones and replace them in the magician’s staff and defeat Dr. Pi. While on his quest, Charlie will learn the history of Mim, the origins of Dr. Pi and the mystery that surrounds his parents’ disappearance. Will he gather the stones in time to defeat Dr. Pi? Will he finally find out what happened to his parents? 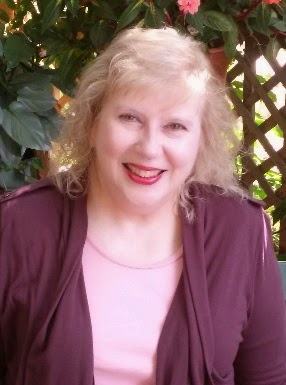 I enjoyed Saving Mim. It was a fun adventures will magical and mythical creatures will great lessons in the story. My favorite line is “The power of a bully thinks he has is given to him by the person he is bullying” (page 111). This is an important lesson to convey to the young readers because bullying has become an epidemic and kids and adults need to know that bullies only stop when you stand up to them. The story of a young man who discovers that he is much more important than he thinks reminds me of the Percy Jackson series. Saving Mim is a wonderful adventure story and I look forward to read more adventures of Charlie in the magical land of Mim.
Saving Mim
is available on Amazon
free for Kindle Unlimited

Jennifer Lara
Hi everyone! Thank you for coming to my blog. I hope you enjoy reading it as much as I enjoy writing it. I am married to a wonderful man for 10 years and we have two beautiful daughters. I graduated college with degrees in psychology and criminal justice. I like to write about topics in which I learn something new and I hope I can help you learn something new too. Enjoy reading and leave a comment! I love hearing back from you!